The events of the past 16 months have meant an upheaval to the way that most Brits are now choosing to take their holidays.

Most of us spent the best part of last year’s summer under ‘Stay at Home’ orders, and this year continued international lockdowns, travel restrictions and quarantine rules are leaving the prospect of international travel still very much off the table for most people.

As a result, staycations look to be the people’s choice of holiday this year. Despite the promise of potential vaccine passports and green-listed foreign destinations, closer-to-home stays are seeming like a safer and more reliable way to spend time with loved ones and gain some respite from the stresses of daily life.

And with the UK’s easily accessible coastline, those who have been craving sea and sand have plenty of options to choose from when opting to spend summer breaks in the UK rather than abroad.

What’s more, now more than ever, city and town-dwellers are looking for places they can go to escape the noise and pollution they have to contend with all year-round – a place where they and their families can get some good old-fashioned fresh air.

But how can we find these places? And what about the most popular seaside destinations – how clean are they really? Our study seeks to answer these questions. Our team at Vemco Consulting has collected, calculated, and compared data from 222 popular UK seaside destinations. We’ve found the most popular, and we’ve found the cleanest – as well as everything in between.

Staycations, like any kind of holiday, require careful planning. Depending on the type of holiday you’re looking for, and who is coming along, your checklist may involve several different things; perhaps you need a romantic spot, a seaside that’s child friendly, or you’re visiting somewhere with an elderly relative and need a beach that’s accessible.

This study has been created for those who’ve added ‘fresh air’ to their list of requirements.

Map 1: How Polluted are the UK’s Favourite Beaches? 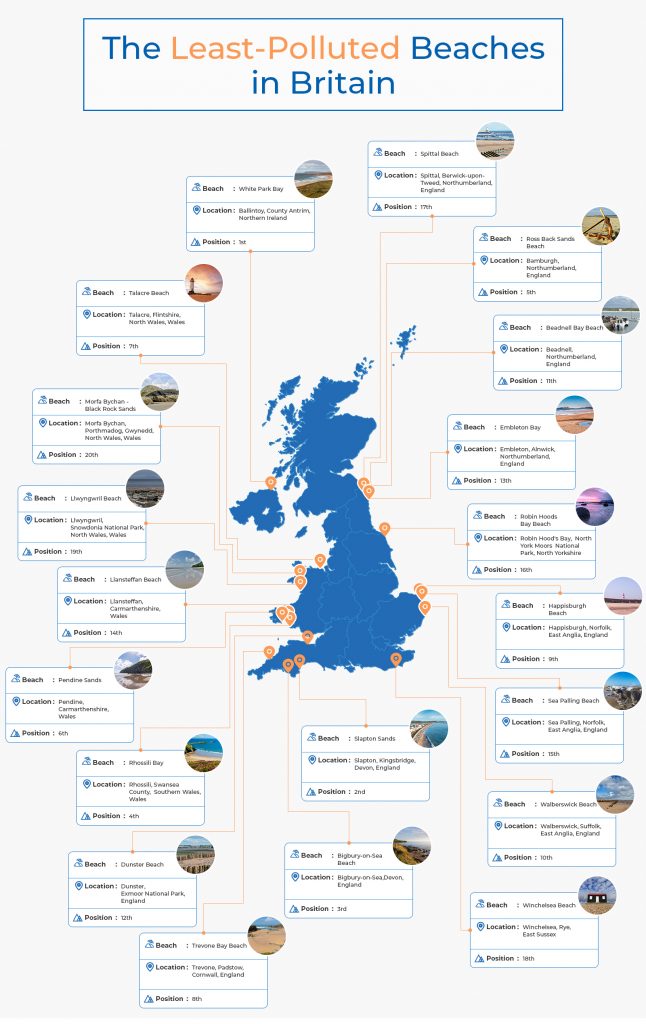 Table 1: The Cleanest Beaches in Scotland 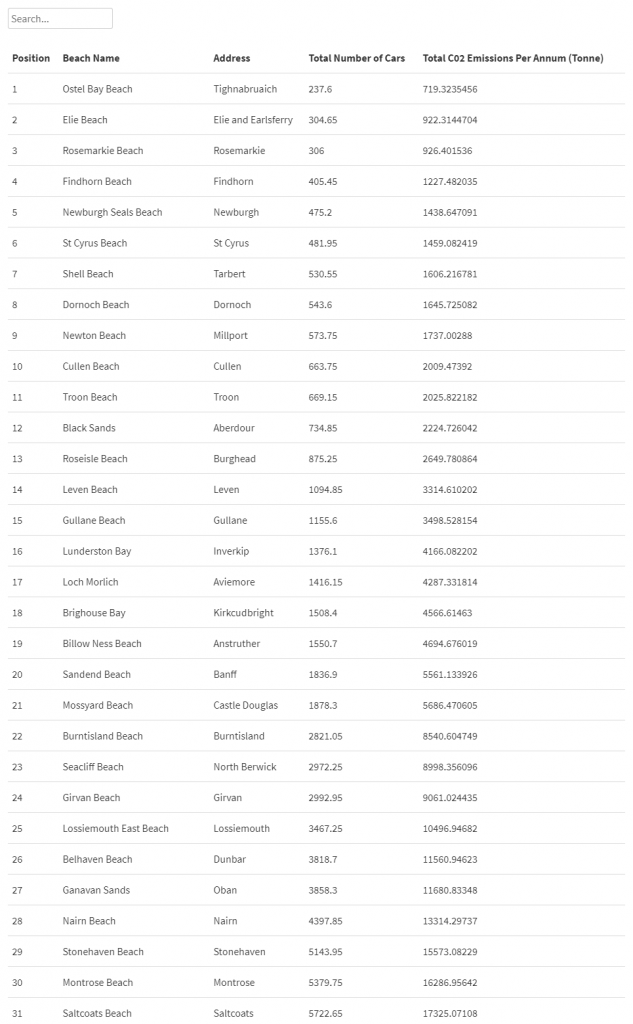 Table 2: The Cleanest Beaches in Wales 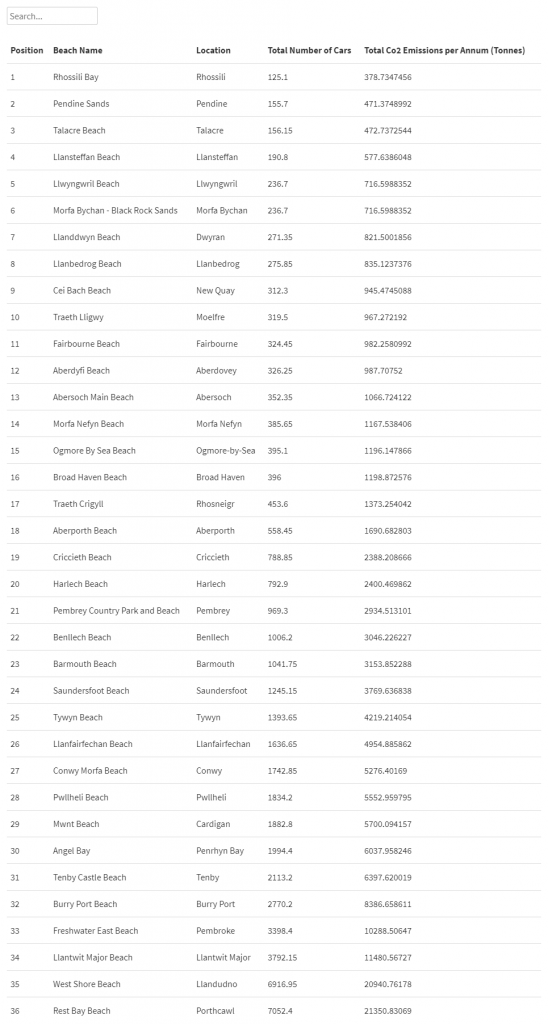 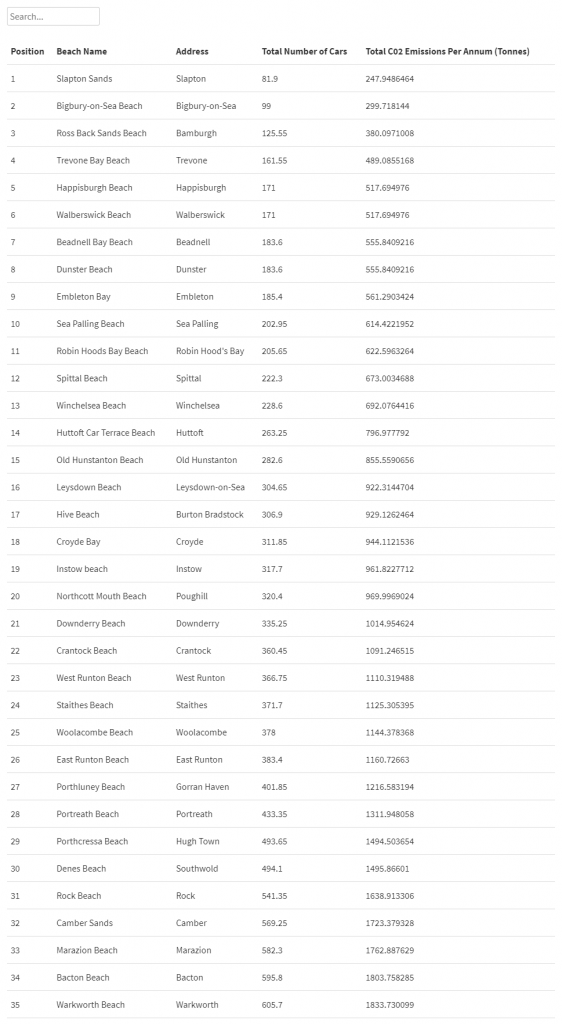 Table 5: The Most Polluted Beaches in England (Top 35) 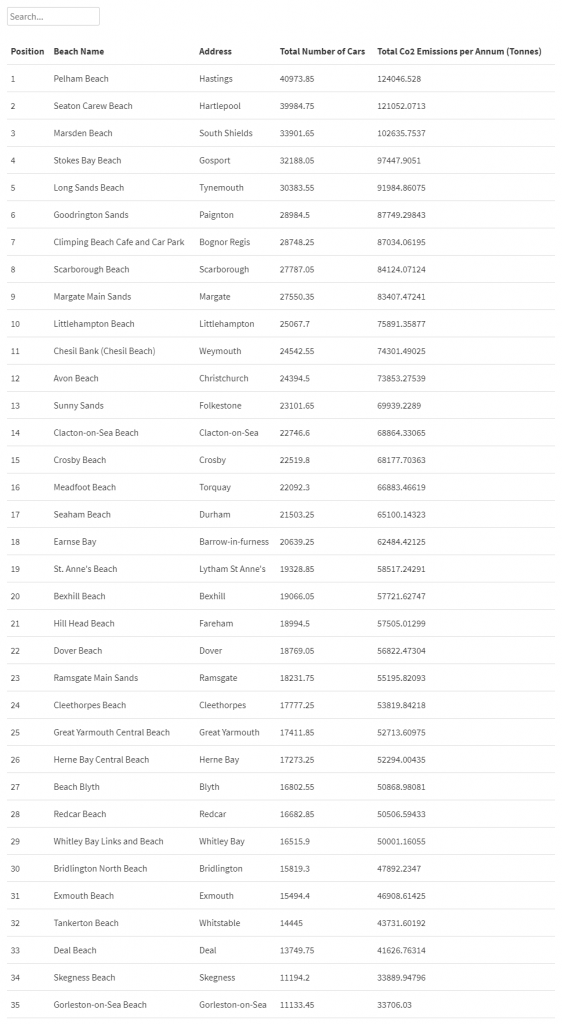 To find the most popular beaches:

We used TripAdvisor to find out the beaches with the most mentions, as well as those with the highest ratings across England, Scotland, Wales, and Northern Ireland.

We used our findings from TripAdvisor combined with further data from Google maps to find a complete list of every beach in England, Scotland, Wales, and Northern Ireland, which amounted to 222 locations.

We then collected data from ONS to find the adult population of both the UK as a whole and each individual destination.

We used data from RAC to find out the number of cars on the roads in the UK.

We used this to work out what percentage car owners make up of the total UK population, and then used this ratio to create an estimate of how many car owners there were in each of the listed destinations. This gave us an indication of the total number of cars on the roads in each destination.

After this, we found out how much Co2 the average car emits annually and we used this to generate an estimate of the total number of Co2 emissions per year in each location. This we measured in tonnes.